A cat is a puzzle for which there is no solution. ~ Hazel Nicholson

A cat is always on the wrong side of the door. ~ Anonymous

A cat is there when you call her - if she doesn't have something better to do. ~ Bill Adler

A cat is the only domestic animal I know who toilet trains itself and does a damned impressive job of it. ~ Joseph Epstein

A cat makes all the difference between coming home to an empty house and coming home.
~ Unknown

A cat sees no good reason why it should obey another animal, even if it does stand on two legs. ~ Sarah Thompson

A cat will assume the shape of its container. ~ Unknown

A man has to work so hard so that something of his personality stays alive. A tomcat has it so easy, he has only to spray and his presence is there for years on rainy days. ~ Albert Einstein

As anyone who has ever been around a cat for any length of time well knows cats have enormous patience with the limitations of the human kind. ~ Cleveland Amory

As every cat owner knows, nobody owns a cat. ~ Ellen Perry Berkeley


By associating with the cat one only risks becoming richer. ~ Colette

Cat people are different, to the extent that they generally are not conformists. How could they be, with a cat running their lives? ~ Louis J. Camuti, DVM

Cats always know whether people like or dislike them. They do not always care enough
to do anything about it. ~ Winifred Carriere

Cats are kindly masters, just so long as you remember your place. ~ Paul Gray

Cats are rather delicate creatures and they are subject to a good many ailments, but I never heard of one who suffered from insomnia. ~Joseph Wood Krutch

Cats are the ultimate narcissists. You can tell this because of all the time they spend on personal grooming. Dogs aren't like this. A dog's idea of personal grooming is to roll in a dead fish. ~ James Gorman

Cats' hearing apparatus is built to allow the human voice to easily go in one ear and out the other. ~ Stephen Baker

Dogs come when they're called; cats take a message and get back to you. ~ Mary Bly

If animals could speak the dog would be a a blundering outspoken fellow, but the cat
would have the rare grace of never saying a word too much. ~ Mark Twain

I love cats because I enjoy my home; and little by little, they become its visible soul. ~ Jean Cocteau

I've met many thinkers and many cats, but the wisdom of cats is infinitely superior. ~ Hippolyte Taine

Kittens are born with their eyes shut. They open them in about six days, take a look
around, then close them again for the better part of their lives. ~ Stephen Baker

Most cats, when they are out want to be in, and vice versa, and often simultaneously. ~ Louis F. Camuti, DVM

No amount of time can erase the memory of a good cat, and no amount of masking tape can ever totally remove his fur from your couch. ~ Leo Dworken

No matter how much cats fight, there always seems to be plenty of kittens." - Abraham Lincoln

Odd things animals. All dogs look up to you. All cats look down to you. Only a pig looks at you as an equal. ~ Sir Winston Churchill

Of all God's creatures, there is only one that cannot be made the slave of the lash. That one is the cat. If man could be crossed with a cat it would improve man, but it would deteriorate the cat. ~ Mark Twain

One cat just leads to another. ~ Ernest Hemingway

Purring would seem to be, in her case, an automatic safety-valve device for dealing with happiness overflow. ~ Monica Edwards

The mathematical probability of a common cat doing exactly as it pleases is the one scientific absolute in the world. ~ Lynn M. Osband

The more people I meet, the more I like my cat. ~ unknown

The naming of cats is a difficult matter. It isn't just one of your holiday games. You may think at first I'm mad as a hatter. When I tell you a cat must have three different names ~ T.S. Eliot

The only mystery about the cat is why it ever decided to become a domestic animal.
~ Sir Compton MacKenzie

The phrase "domestic cat" is an oxymoron. ~ George Will

There are two means of refuge from the miseries of life: music and cats. ~ Albert Schweitzer

The smallest feline is a masterpiece. ~ Leonardo Da Vinci

The trouble with cats is that they've got no tact. ~ P.G. Wodehouse

There are no ordinary cats. ~ Colette

There is no more intrepid explorer than a kitten. ~ Jules Champfleury

There's no need for a piece of sculpture in a home that has a cat.~ Wesley Bates

Thousands of years ago, cats were worshipped as gods. Cats have never forgotten this. ~ Anonymous

Two things are aesthetically perfect in the world - the clock and the cat. ~ Emile Auguste Chartier

What greater gift than the love of a cat? ~ Charles Dickens

When I play with my cat, who knows whether she is not amusing herself with me more than I with her." ~ Montaigne

Who can believe that there is no soul behind those luminous eyes! ~ Theophile Gautier

With the qualities of cleanliness, affection, patience, dignity, and courage that cats have,
how many of us, I ask you, would be capable of becoming cats? ~ Fernand Mery 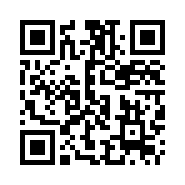