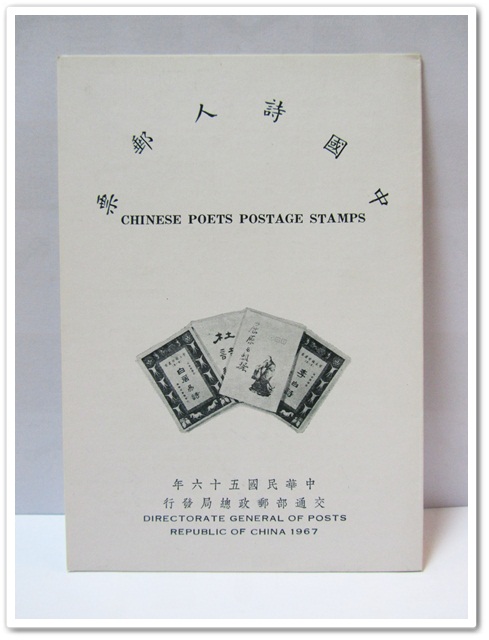 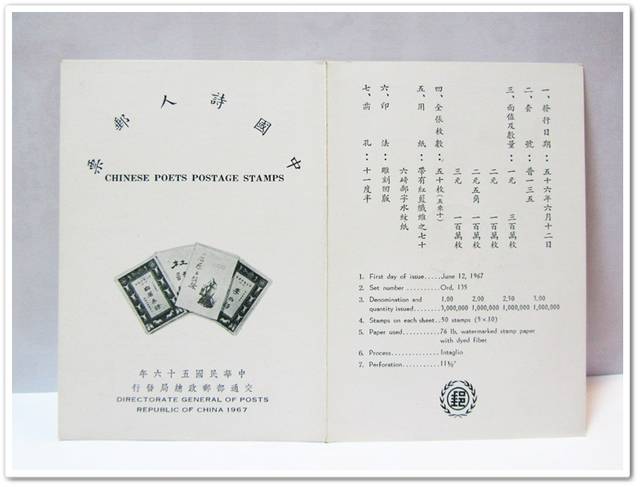 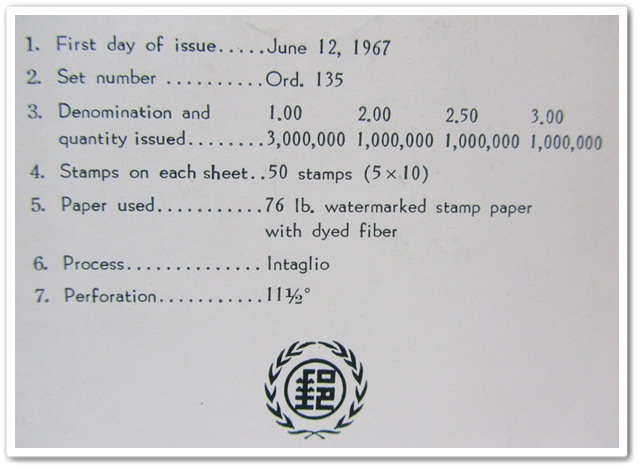 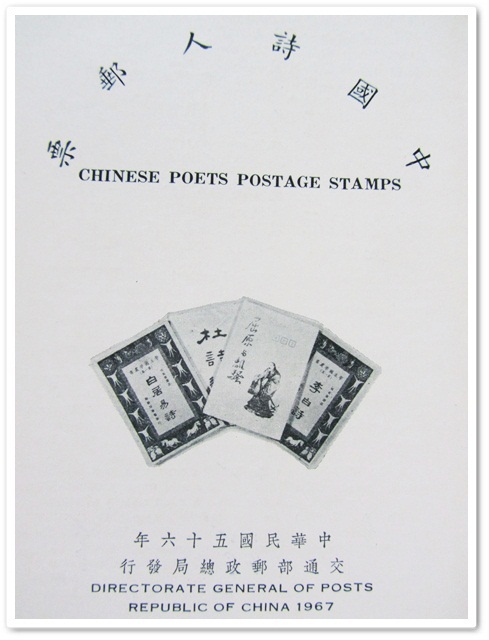 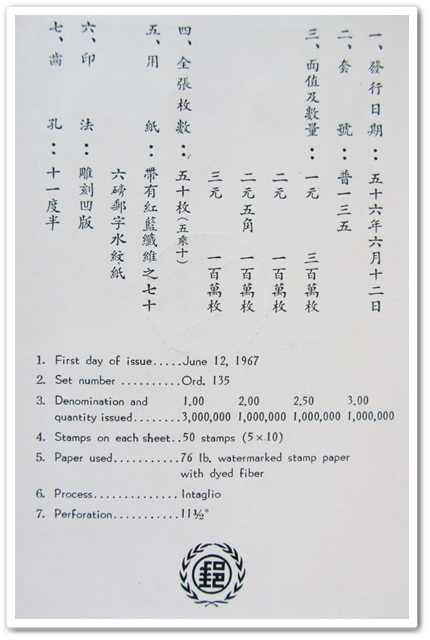 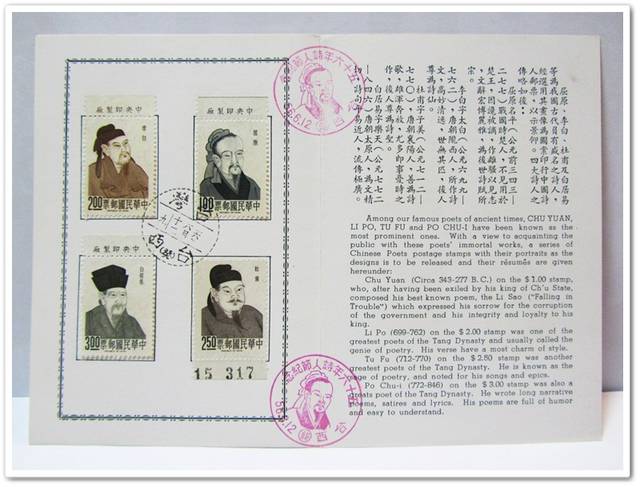 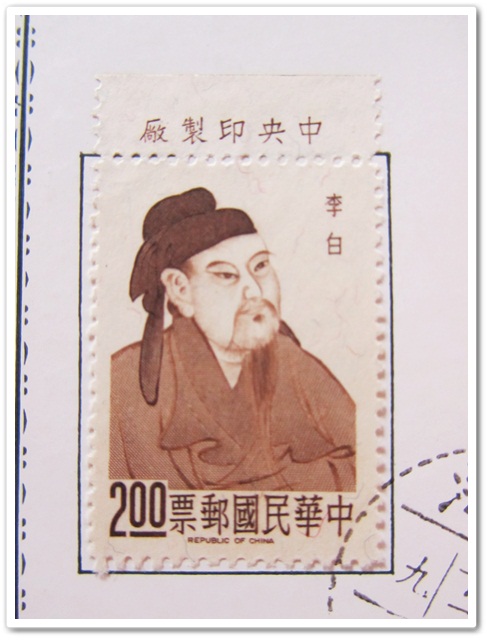 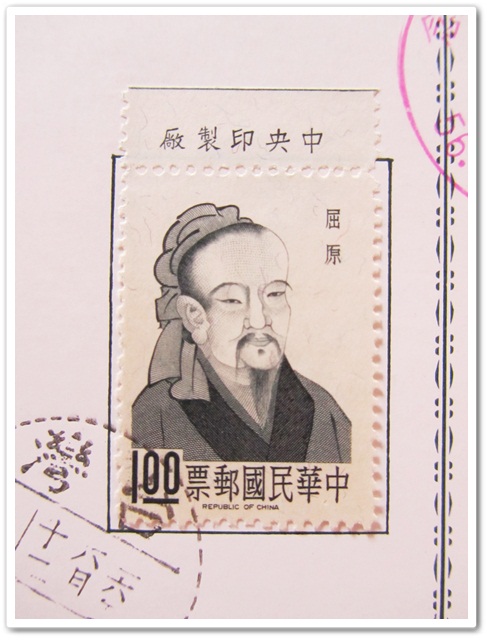 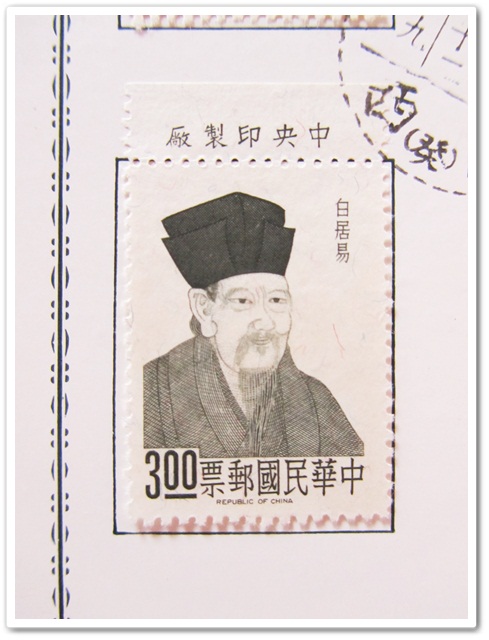 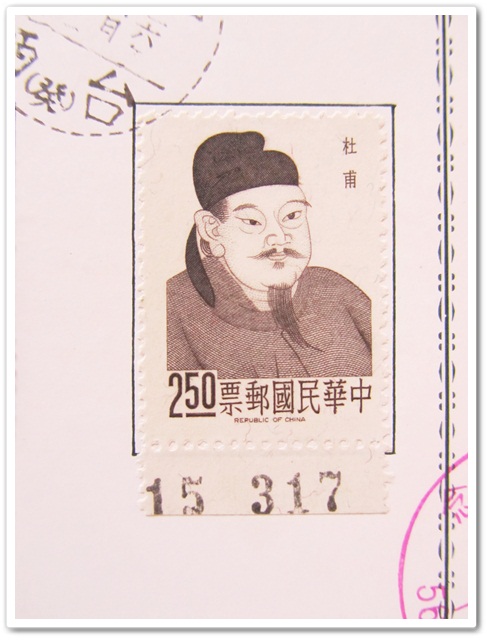 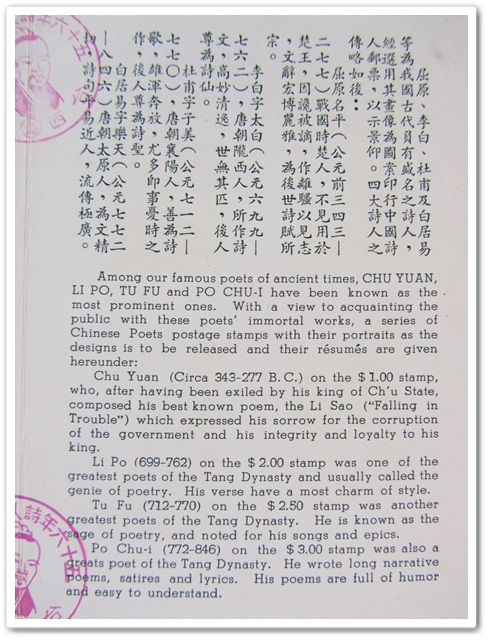 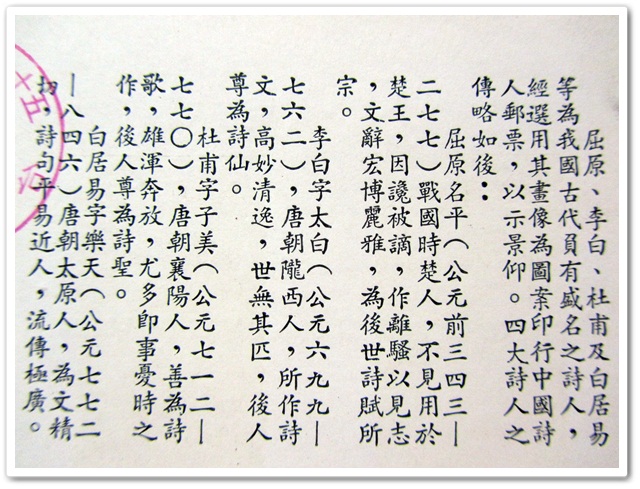 Among our famous poets of ancient times, CHU YUAN, LI PO, TU FU and PO CHU-I have been known as the most prominent ones. With a view to acquainting the public with these poets' immortal works, a series of Chinese Poets postage stamps with their portraits as the designs is to be released and their resumes are given hereunder:

Chu Yuan (Circa 343-277 B.C.) on the $1.00 stamp, who, after having been exiled by his king of Ch'u State, compaosed his best known poem, the Li Sao ("Falling in trouble") which expressed his sorrow for the coruption of the government and his integrity and loyalty to his king. 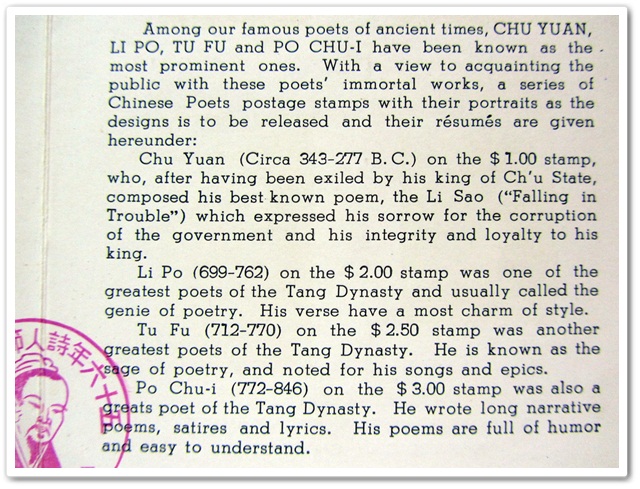 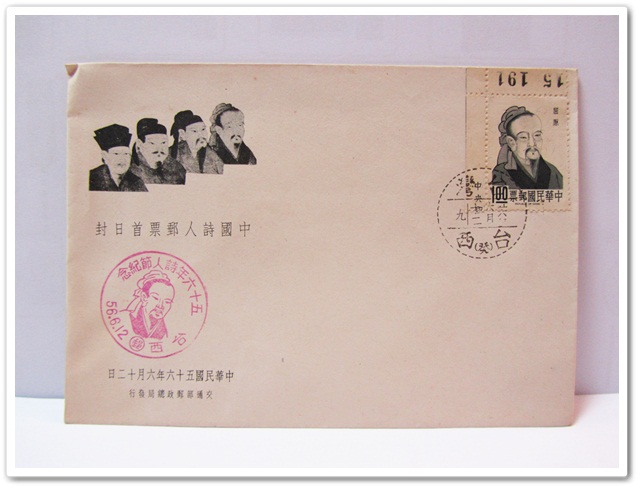 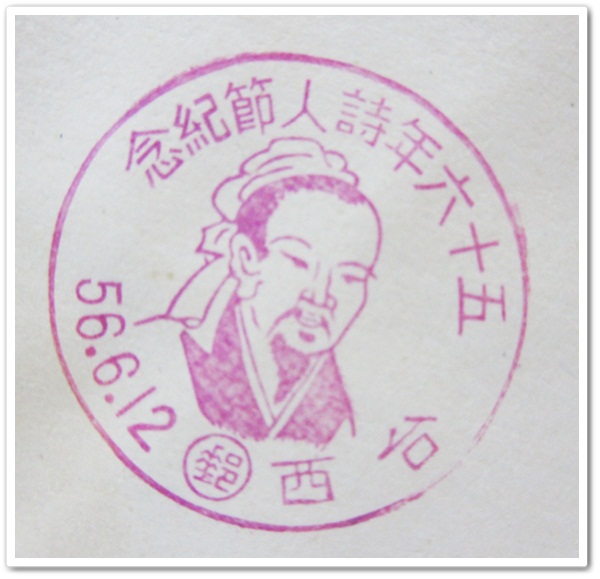 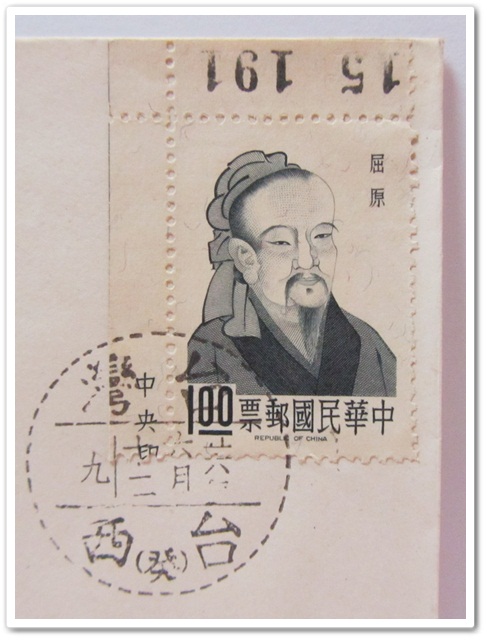 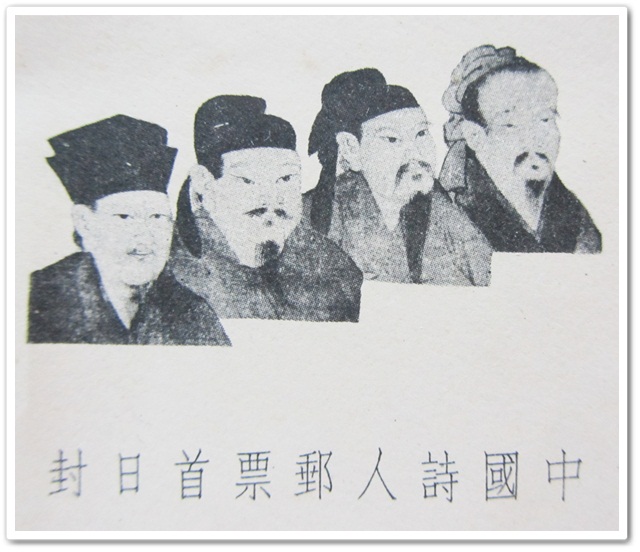 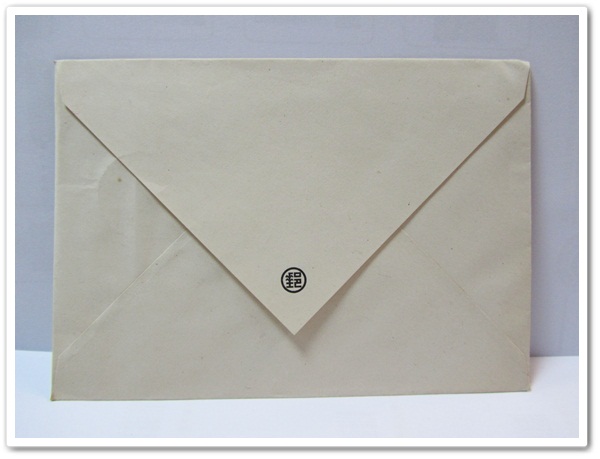 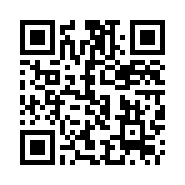